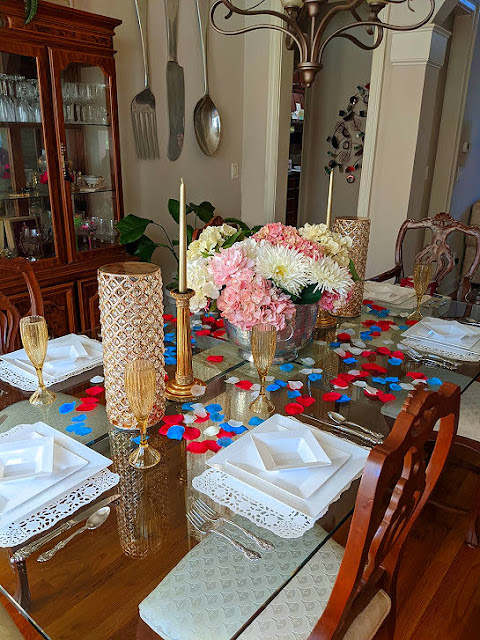 So is everyone holding onto their hats? Everyone is gathering their poisons of choice? Everyone is rounding up their supply of comfort food? God knows I am. And, have been for 4 miserable years.

THIS time however, I’m totally prepared for THE biggest scam on earth, should Trump win yet again. What have I done to prepare? Easy.

I’ve gone through my entire wardrobe to decide what to take when I move out of the country, should it come to that. And, it absolutely CAN come to that. I’m also grabbing a boatload of cash so I can comfortably settle into some nice little apartment somewhere in the world where English is spoken. Boom. Clothing and cash. Who needs more? Of course you should only SEE the amount of clothes with which I travel. Rest assured I don’t pack lightly. Nor do I run from dictators lightly.

For 4 years I have had to see Trump’s face and hear his voice on every medium known to man until I want to vomit. Seriously. You know how they say there should always be just a little mystery going down when first you meet someone? Just to keep their interest piqued a bit? Yeah. Well guess what. Trump never got that memo. He has no idea whatsoever what it’s like to hold back a bit. Instead, he slams you over and over and over again with not only his face and name all OVER the planet, but also, with his bullshit whether it be on TV, at a rally, tweeting on his phone (you just KNOW he has no clue how to use a real computer) and everywhere in between.

Which is why I am trying to remain calm. Trying being the operative word. I was a MESS before the first debate and was even more of a mess while attempting to watch it. Ever since then, I’ve come back to earth just a little but boy am I ever ready to hit the looney bin if the election results keep him in office.

Part of my calming therapy for every national Presidential election, is to have a dinner party on the night of the ballot counting. I need plenty of people around to keep me grounded. It used to be that I couldn’t care for whom my guests voted just as long as we got to enjoy good food and happy laughter before we went home and settled into our favorite chair to await the news. NOW however? You voted for Trump?? You so aren’t on my guest list. Nor will you probably be ever again. Of course the dinner guest list had to be cut way back this year because of the pandemic, but it will still work out fine.

Which brings me to the picture up above. See that table setting? IT’S FOR TUESDAY NIGHT. Yet another election night dinner! Just getting the table ready was helping me to relax. As I’ve mentioned many times before, I normally like to set the table a week ahead of time, but today I switched things up and did it only 5 days ahead. SEE? I AM CALM, AFTERALL. Besides, I’m nothing if not organized. Anyway…

Because I’m basically a lazy shit, I didn’t even give much thought about buying some sort of patriotic items for my table scaping. Again… being so calm, I just decided to go with flow and wing it. PROUD OF ME? Since when I do merely go with the flow when disaster could be right around the corner? In the meantime…

I got all finished laying out the table and then I thought: OOPS. NOW what the hell am I going to do to make this look like an election night dinner? I have nothing red, white or blue, whatsoever! Uh oh. This so can’t be good. I was already thinking I had better run to my desktop and open Amazon and begin ordering SOMEthing that might work. Instead…I went to my entertaining cupboard and lo and behold what do I see on the middle shelf?

YIPPEE –KI -AY ! I SEE 3 BAGS OF SILK ROSE PETALS - the kind you’d throw on the aisle preceding a bride, let’s say- AND WHADDYA KNOW. ONE BAG IS RED. ONE IS BLUE. AND ONE IS WHITE! Already I’m seeing signs of a Democratic victory. Oh man. If only. Then, exactly how long you think it took for me grab each bag of petals and sprinkle them all over my table top? Think: seconds. Not that it stopped me from buying a couple of tall colored foiled sprays from Amazon, mind you. Those should arrive on Sunday, so I’ll see whether or not it’ll work out, but still… I’ll have options. YAY TABLE SCAPING.

Now for the menu. I’m thinking of a hot dog and bean casserole, macaroni and cheese, a beef tenderloin, and a broccoli and pasta salad of sorts. Oh yeah. Then I’ll grab a bag of Ruffles and make some potato chip dip for an appetizer. Sounds American enough, right? I have a friend who already ordered an Oreo pie for dessert which I’ll serve with ice cream and check, check… check, check check. DONE.

Now THIS menu should care of my anxieties, alright. Any one of these items btw, will totally carry me through my munchies as I watch the broadcasters on TV eventually tell me whether I’ll be on cloud nine or ready to jump in front of a bus. All I know is…

If all these stupid Republican idiots re-elect Trump THAT’S IT. THE UNITED STATES AND ALL ITS INGENIOUS CONSTIUTIONAL GOVERNMENT IS GONE FOREVER. They will have put in office yet again, a despicable tyrant to dismantle all that our brilliant forefathers created and I shan’t take it lying down, that’s for sure. GOT MEDS, WILL TRAVEL. My ancestors already escaped one autocrat; now I have to, as well??? Oh shit. Indeed it will be hell on earth.

And I won’t need to prepare and enjoy another evening of an election night dinner ever again. Instead, I’ll be serving a Meal of Consolation for all time thereafter. Jeez. I'm soooo screwed.