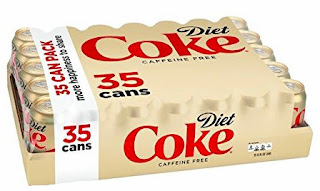 The distress I feel for how our country is suffering right now is incalculable. I can NOT believe the destruction of our cherished government during the Trump administration and how it’s caused such hatred between everyone… including me. You vote for Trump? Uh… guess what. I hate you. I know, I know. I’m not suppose to hate the person; just their vote. That’s all well and good for fair minded folks. Of which I’m apparently not one. Oh, I can be fair, but I’m totally not an idiot. Thus, I consider anyone who votes for Trump, as immoral and indecent as he is. Bottom line: our country is in a major crisis, alright! However…

My PERSONAL crisis is every bit just as distressing. If not more so, since after all, it IS about me. And let’s face it… while I’m as compassionate and loving as anyone you’ll ever meet… when it hits this close to home, then yes. I’m forced to have to say: uh… to hell with you and let’s focus on me, okay???

It all began a couple of months ago whereby I went to three separate grocery stores to stock up on my all time favorite and beloved… Caffeine Free Diet Coke. I may have even written about this before given I am happily addicted to this drink of choice and have been, for 50 years. So much for all those rats that kick the bucket from ingesting too much saccharine or aspartame. If I’m any proof, then apparently you CAN buck the system, for here I am at 72, absolutely cancer free. Well, so far, anyway. Soooo…

You can well imagine my horror when I was recently told that there is an aluminum shortage, thus Caffeine Free Diet Coke in a can is no longer being produced!!

WHAT?? WHAT THE HELL IS THAT ALL ABOUT??? WHO STOPS CANNING SUCH A MUCH NEEDED STAPLE OF LIFE?? Forget toilet paper. GIVE ME CANS OF CAFFEINE FREE, PLEASE!! Cans being the key word, here, but more about that later.

Okay. So when I saw that grocery stores no longer carried such an item, lickety split I went to Amazon and ordered 4 trays of cans, 35 cans in each tray. Which means I paid $180 for 140 cans. EEEKS. I know. I’m out of my mind. But… I did so with pretty much a huge smile on my face nevertheless, knowing I’d soon receive my poison of choice. THANK GOD FOR SMALL FAVORS.

This is where my beaming smile becomes a major frown. Yay. My order arrives. The UPS guy had to drag all these cans into my foyer because there is NO way I could have possibly moved 140 cans since they are SO DAMN HEAVY I’d have been in the hospital, in traction, for months! Seriously. I would have needed a fork lift. Anyway, the guy brings everything inside for me and I’m sooo glad to have my drink of choice once again back in my refrigerator. Talk about a Red Letter Day.

Uh… not so fast, however. Sitting down??

THEY F’ING SENT ME THE WRONG ITEMS!!

Turns out, the cans were regular, normal, caffeinated Diet Coke! Not caffeine free!! Can you beLIEVE it? SHIT. It was like being in college and you and he are in the throes of heavy foreplay only to realize you don’t have a condom! A MAJOR let down to say the least. In the meantime…

The cans WITH caffeine, I could have gotten in ANY grocery store in town!! I needed them withOUT caffeine. Oh man. I was so screwed, don’t even ask. Which only then meant: war with Amazon. Well… wait a minute… not necessarily with Amazon. Instead… with its 3rd party fulfillment and shipment company.

THEY were the ones who were nuts, because when I was directed by Amazon to contact the company directly, and spoke to the employee, a woman named Renee, she told me… are you ready for this???… well, yes. We sent you the wrong items and we sort of lied because we don’t actually HAVE the items you ordered, but if you would like to return everything, we will do it BUT… we will charge you $40 for the return.

WHAT??? IS SHE CRAZY?? HER COMPANY FIRST F’s ME OVER BY SENDING THE WRONG ORDER AND THEN MAKES ME PAY $40 TO SHIP IT BACK??? WHAT THE HELL PLANET IS SHE ON, ANYWAY?? Naturally, I’m seething at this point which is not all that difficult to imagine for those who know me. So much for patience being a virtue.

Sooooo…. After a lot of back and forth, I finally told Renee, in not so many words, to hell with you. I’ll settle this with Amazon. Which I totally did although admittedly, it took me four days and five people to accomplish this feat. Turns out that the fifth person I spoke to was FINALLY a lovely lady with brains, located in South Africa. I told her my story and she read through my entire file and bingo. I got my full refund!! Hallelf’inglujah. AND was told: forget having to return the Diet Cokes. Go ahead and keep it and just donate them to someone or some place and we’ll just call it a day. YAY ME. YAY SOUTH AFRICA. YAY AMAZON. Talk about mission accomplished.

Which is why you just gotta love Amazon. Oh. And btw, if don’t have Amazon Prime then YOU’RE nuts. While I always thought Google was the best invention known to man, a close second is definitely A.P. I could give up almost anything I have, but my Prime Membership??? Oh man. NEVER. Oh yeah… the last parting piece of information Ms. South Africa gave me was: be VERY careful about ordering from third party distributors. NOW she tells me.

In the meantime, you have any idea how badly I am ready to try this all over again?? I know. I’m a glutton for punishment for I am dying to try placing yet ANOTHER order for Caffeine Free, in the hopes that MAYBE some company can come through for me. Granted, I can’t help but think: will I never learn but seriously. I’d totally would love to try once again. Remember: there’s a personal crisis going on, here! I HATE THE PLASTIC BOTTLES. I will however, call Amazon first, and let THEM figure out whether or not I’m able to get the correct product.

Besides, I’m nothing if not persistent. Or… a fool.  Trust me. It could go either way.