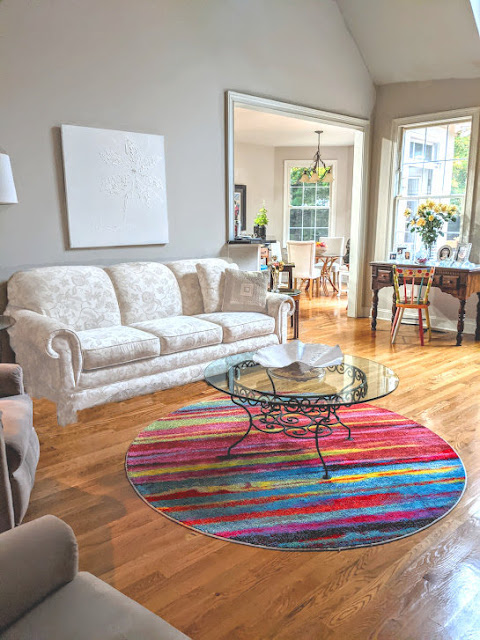 Decorate. Buy. Build. Sell. Renovate. Take you pick. You’ll find a LOT of these sorts of television shows on TV. And… I’ve been a sucker for them all. Beginning in the early 1990s with a show called ROOM BY ROOM with two kind of geeky hosts. I’d NEVER hire them to do my home. Then there was a show called DESIGN ON A DIME. Also hosted by geeks. Seriously. Even I could have decorated better. Their decorating abilities bordered on that of a 10th Grade Modern Design Nerd Final Exam Project. Hell. Give ME the bucks. Boom. I’ll give you a FAR better looking room than those guys.

And yes. Like everything else in life… money talks. And, money decorates. Granted you don’t HAVE to have bundles of money to create a wonderful home but you have to have SOME sort of a decent eye for decor. Which is why the two shows mentioned above were kind of losers, if you ask me. Then… enter: Christopher Lowell. Also from the ‘90s. Finally. Someone with REAL decorating know how. His ability far outweighed the others. He was much more elevated in design and know how. In fact… I once went to a personal appearance he was making in Miami and bingo. Guess who was excited as hell to see him? Man… you’d have thought I was meeting the King of England.

I’ve decided this Christopher guy was a total game changer for all other shows to follow. Which brings me to the present day shows. NOW you not only see decorating shows but also… you see all kinds of buying, selling and renovating. THESE people are good! Which is why I decided I’d be a lousy interior decorator/designer. Most of the professionals talk to their clients and find out what sort of look THEY want. Me? I’d tell them YOUR TASTE SUCKS. I DON’T REALLY CARE WHAT YOU WANT. I’M GOING TO DECORATE ACCORDING TO WHAT I WANT. AND EVEN IF I DO A HALF ASSED JOB, IT’LL BE WAY BETTER THAN IT IS NOW. Bingo. I’d be off to the races. Or… maybe I’d be sued. You never know.

In any case, I’ve been watching a lot of these home shows lately just so I can tear myself away from all the political noise I normally watch on TV. I remember when I was about 50 years old, I used to say WHEN I TURN 70 IT WILL BE TIME TO UPDATE MY HOUSE, TO LAST FOR THE REMAINDER OF MY LIFE. Paint the walls. Replace the couch. Change the window dressings, switch up the color scheme, etc. etc.

I said this mainly because my parents, at the age of about 65, moved in to this really beautiful home in which to enjoy their golden years, and they decorated it with almost everything from their previous home. Don’t ask. Within 2 years, according to me, they needed a complete do over.

So guess what. Here I am at almost 73, living in my house for the past 13 years and the bottom line is: what you see now is pretty much what you’ll see when they cart me away to the old folks home. Indeed, I maintain my home meticulously but I’m totally not redecorating. Well… maybe if I were filthy rich, I might but I don’t see that happening any time too soon. I do have the house pressure cleaned, have all the windows professionally washed, keep the deck stained and sealed, and… about 4 years ago I even laid down wooden floors in my bedroom to match the rest of the house. WOW. What a difference! Totally beautiful.

But… as for actually re-decorating, I am sort of having second thoughts altogether. The energy? The cost? The delays? Jesus. I can't wrap my head around even thinking about it! I had to replace my dishwasher a couple of years ago and you would have thought I was putting on an addition to my house when I saw what THAT cost. Oh. I could spend that sort of money on clothing and shoes without blinking an eye, but for a bullshit dishwasher? Whoa. On the other hand, after waiting almost 2 months before I got it delivered and installed, I decided it was WELL worth it. Enough of washing by hand, already!

Regardless, the closer I get to kicking the bucket, NOW my thinking is: why waste money on re-doing things when someone else is just going to come in and replace it all? Although I must say that when I replaced my family room couch 10 years ago, I had it custom made with the exact fabric I wanted. Uh… big mistake. The couch arrived and right away I knew it was a disaster. I remember telling my son UH… GUESS WHAT. OUR HOUSE NOW LOOKS LIKE BUBBIE'S DID 45 YEARS AGO. Plus… when he came home for Thanksgiving that year, he took one look at the couch and said: WE CAN’T HAVE COMPANY OVER ANYMORE! THIS IS WAY TOO UGLY. Uh… he wasn’t wrong. However, naturally the couch is still sitting in the family room, as you can see in the pict above. So not attractive. Plus, I even have the price tag still on the back of it, so if I want to sell it, I can easily tell the people HEY. IT’S BRAND NEW! SEE THE TAG STILL ON IT? I'LL EVEN TAKE $150 OFF.

Anyway… back to TV. As I said, I totally love these sort of decorating shows. EXCEPT FOR THE ONES WHERE PEOPLE ARE BUYING NEW HOMES! It absolutely drives me NUTS because these people NEVER select the correct house they SHOULD be buying! It never fails. Instead, they wind up buying the crappiest of choices and it will never look decent nor will it fit their needs down the road. Man. They are thrilled to no end. Me? I’m ready to put a gun to my head. WTF are they thinking??? Laying out another $12k over 25 years will cost them almost nothing in the long run and yet look what they could have gotten instead! It just blows my mind that sooo many folks wind up settling for such poor selections. All of a sudden the couple's brains fall out their heads. There's always a decision for a perfect one vs. a horrible one and every damn time, they select the horrible one. THINK, YOU IDIOTS! I know... apparently, I take these shows way too personally.

I also love when they buy the fixer uppers and wind up needing an entire overhaul of the roof, the plumbing, the electrical work AND the foundation. HAVE YOU NEVER HEARD OF SOMETHING CALLED INSPECTIONS?? Except… DON’T EVER say a bad word about my favorites... the Property Brothers! Absolutely THE all time best in renovating and decorating. I need to become their sister. Which is kind of funny because my brother, just like my dad, built homes! Talk about IF YOU BUILD IT THEY WILL COME.

Excellent film, by the way!