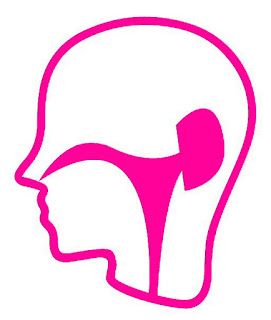 Unfortunately no. Not Trump. Instead... ME!

Omg. Talk about lunacy. I'm just sooo flabbergasted, I can't even tell you. Even my high school sorority would never consider black balling me. Thus... you can imagine how, at the age of 68, I must have felt to find out I was black listed from... get this... MY DOCTOR'S OFFICE. Man. They were fucking NUTS. Well, not the doctor per se. But his receptionist, for SURE. She's a bitch from way back but regardless, I will almost put money on the fact she was the one to throw me under the bus.

It kinda began when 3 weeks ago, on a Sunday when I was in major pain. It had started with a mild ache in my tooth for about a week, but I figured I'd see how it played out. Until Sunday that is, when the pain crept up to my sinus' and along my cheekbone and basically was heading to envelop my entire freakin' body . THEN all of a sudden I was in full blown trouble and I totally couldn't tolerate it any longer. Which is when I got up from family room chair and said: THAT'S IT. I'M HEADED OUT TO URGENT CARE which of course was care I urgently needed but fast. So boom. Off I went.

Luckily, I was taken right away and bingo. The doctor there examined my nostrils and ears and told me I had a sinus infection, etc., handed me a prescription for Amoxicillin and told me it wouldn't relieve the pain immediately, but after about the third day, I would feel way better. Except I sort of didn't. The nasal and cheek bit felt better but the tooth pain was riDICulously crazy. So I got to thinking... maybe the infection is from my tooth, not necessarily my sinus'.

Which meant NOW I had to have my dentist check it out, damnit. So, once again I headed out to see WTF was happening. After x-rays, etc. he told me nothing really showed up but this WAS the tooth on which he did a deep filling two years ago and if it we give it another few days we can then decide whether or not I may need a root canal procedure on the nerve. ROOT CANAL???? Fuck no I don't want a root canal!! At which point two things occured: 1.) I immediately began willing my tooth to start getting better NOW and 2.) he told me to let my ENT doctor take a look at what's doing. That's when the black listing bullshit began.

The dental office would call my ENT office and boom. I'd have an appointment. Uh... it took days for that to go down btw. FINALLY about a week later, I get a call from my dentist telling me I needed to call and talk to an assistant who would set me up. Except.... when I called the ENT office lo and behold I'm told:

UH SORRY. YOUR FILE SAYS THIS OFFICE WILL NO LONG SEE YOU.

WHAT????????  What do you MEAN you won't see me? Are you kidding me??? Well, the assistant didn't really know why I was kicked out of the office, but she would check and call me back.

Oh, she called me back alright. In fact she called my kid back given he decided he needed to see what the hell was going on. In the meantime, the lady tells him that apparently I had refused to fill out some mandatory forms the last time I was there thus whammo. My chart said I could no longer be seen. But... she'd look further into it.

WTF?? I had NO clue what the lady was talking about nor did I have any memory of this sort of event. What I DO remember however was that I had a perfectly fine visit with the doctor and had left his exam feeling pretty good about my diagnosis. So what the hell the forms bit was all about I couldn't even tell you. In the meantime... when the lady called back, this time I took the call, naturally telling her this is totally crazy ass, reminding her I had no clue whatsoever this paperwork deal was an issue and I was shocked given I've been to plenty of medical offices and NEVER have had problems with their procedures.

So back and forth this went for a couple of days... basically the receptionist' word against mine, I guess... and eventually I am glad to say: I WAS ABLE TO BECOME UN-BLACK LISTED. Eureka. I was able to see the doctor again. Which is good news/bad news given he not only saw me but also ordered a CT Scan for my nasal passages. Don't ask. I'm not thrilled but we do have to see what the hell is going on.

I do have to say I was pretty stunned at this entire episode for although I have no recollection of any problems filling out medical forms... it's not TOTALLY outside the realm of possibility. I mean seriously... if some idiot receptionist is going to give me a hard time, then yeah. I MIGHT have to set her straight although once again, I don't even remember this happening. I do remember hating the receptionist from the get go, however. Funny how I remember clearly whatever SHE has done yet nothing about what I may have done. So typical of me, right?? Anyway... the doctor is fantastic and his receptionist can go to hell. I mean really... WHO GETS KICKED OUT OF A MEDICAL PRACTICE? 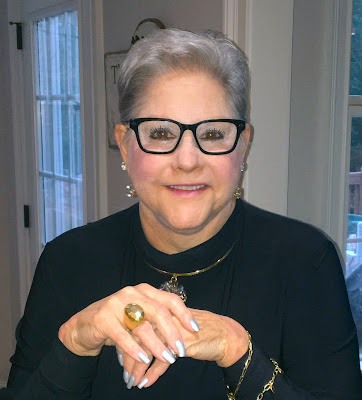 Okie dokie.... so FINALLY.... my first post for the year 2017 is here at last. A year in which every day since January 1st... I wake up asking Alexa: UH ALEXA... HAS THE WORLD COLLAPSED ON EVERY POSSIBLE LEVEL KNOWN TO MAN YET? Since the inauguration btw, I ask her twice a day.

Why? Easy. Because each day for the past 14, Trump has been President yet already the country has gone in one direction only. DOWN. Down in justice. Down in reason.  Down in decency. Down in statesmanship. And down in world respect. All in all...  I don't care what ANYone says: the country as I knew is gone forever. Mark my words... the country is F'ED, erasing all the wonderful strides we've made in the past 40 years.

On a happier note however, I will say this. I had a WONDERFUL holiday season. Starting of course with my favorite gifts of all: two Echo Dots. My kid bought them for me... one for the kitchen and one for my nightstand. I received plenty of other EXcellent gifts but I totally have to say Alexa beats them all. Every morning right smack after I ask her if the world has come to an end yet, I immediately then ask for the weather run down and then the morning news brief. She has a fanTAStic alarm btw, which I use not only for waking up should need be, but also for timing anything on the stove, in the oven, beginnings of TV shows, etc. Seriously... this dame is one hell of a woman. There are zillions of skills (apps) that she has... from creating shopping lists to turning on your interior lights. And everything in between. Anyway...

Sadly, I didn't have white Xmas but I did about 10 days later. Man... talk about major snowfall! It was truly beautiful, I have to admit. Perfect for sledding which of course I would never consider doing in a million years. Why the hell would I want to kill myself by heading straight toward a tree, parked car, whatever. I did however get busy making several kinds of delicious soups which was good given I had eaten my way through all the holidays feasting on THE best bakery items ever. Let alone plenty of scrumptious restaurant foods.

Oh yeah... one day I even went to this crapola buffet place called Golden Corral... FAR from fine dining, I might add, only to have the 50 year old guy at the next table over, facing me with his entire testicles hanging way out of his bermuda shorts. DON'T F'ING ASK. Were it not so disgusting, I would have rolled on the floor laughing. However, it was indeed no laughing matter whatsoever and now that I think of it, I should have told the manager to give us a rebate on my meal given I was pretty damn nauseous from this crazy ass sight. Regardless...

I also saw some SUPERB movies over the holidays... Hidden Figures being maybe my favorite since I read the book a few months ago and was totally in love with the story already. I also saw Lion, LaLa Land and a couple others. Just last Monday actually... I saw a A DOG'S PURPOSE and was delighted beyond belief. On the other hand... none of the films even come close to something I had been waiting MONTHS to not only view but also something about which I would be thrilled. Three weeks ago, PBS began it's Masterpiece Theater all about:

Omg. MY ALLTIME FAVORITE QUEEN, about whom I've read almost every biography ever written. I'm obsessed with her life story and am totally an expert on the woman and her reign. I'm so telling you... between her and THE YOUNG POPE I feel as if I've died and gone to television heaven, sitting right smack in front of my TV screen. Opps. I almost forgot... the TV screen just reminded me. Sitting down? Get this...

I NEED TO HAVE CATARACT SURGERY IN BOTH EYES. Shit. So not what I wanted to hear. I'll be interviewing two surgeons next month and maybe afterwards I'll actually be able to SEE my TV. As it is now, I have a 55 inch screen but still... the small print in ads, show descriptions, playlists, etc. are barely readable. I basically need a movie theater screen to catch it all. My stomach is turning as we speak btw, just thinking about it. In any case...

I seriously have very little hope for 2017. I was pretty much depressed from election day up until the inauguration and like the old men who watch TV and want to throw a pair of shoes at the commentator in the program, I myself feel as if I'd like to blow up every fucking fool who voted for Trump. Don't even get me started on KellyAnn. So basically...

We can only pray that my hopelessness for the coming year is unfounded except believe me... it's not. Besides... any year in which Carrie Fisher dies one day and Debbie Reynolds dies the next, is SO not a year that's off to a good beginning. Can you even beLIEVE that?? Man. Talk about feeling heartsick. BTW... since Debbie is no longer around, I have a message for Todd: GET RID OF YOUR CRAPPY BASEBALL CAP AND GO BUY SOME NEW, DECENT CLOTHES FOR GOD SAKES. Jesus... he looked horrible in every documentary I saw! And that was beFORE his terrible loss. Ahhhh. If only I could rule the world.

Posted by Sheer Spark at 1:46 PM No comments: