SHOOT ME UP, PLEASE 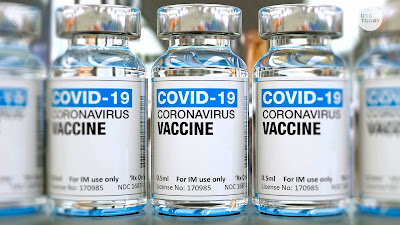 Talk about it doesn’t take much to amuse me. But in this case… IT’S A BIG DEAL, IF EVER THERE WAS! I am so psyched about it and well I should be. Guess what happens on Friday.

I GET MY FIRST DOSE OF THE COVID-19 VACCINE!

I can’t even believe it! Especially since soooo many people I know have already gotten theirs. No wonder. They are 75. I’m only 72. BUT… YAY. The Health Dept. here lowered the age requirement and IMMEDIATLY I got on the phone and began calling the listed numbers for an appointment.

I tried on Thursday. Then Friday. Then Saturday. Then I took Sunday off, thinking it was the Lord’s Day for many in the phone bank and after all, I totally wanted to be respectful. But on Monday morning… since I was already up, awaiting the arrival of Bonnie, my personal assistant… boom. I began calling lickety split at about 10:30 in the morning.

Trying to get through for an appointment btw… is not for the meek or docile personality. Rather, you had BETTER be ready to be tested for: ABILITY TO NOT BLOW YOUR BRAINS OUT UNTIL SOMEONE ANSWERS THE PHONE. Luckily I passed such a test, for I called repeatedly for about a half hour and THEN IT HAPPENED. Hallef’inglujah! For…

You should have HEARD me when someone finally answered!!

You’d have thought God himself had picked up my call. The first thing I said to Amy was: WOW! YIPPEE YIPPEE! I AM SO GLAD TO YOUR HEAR A VOICE! I TOTALLY NEED TO GET YOU A PRESENT! I AM SOO THRILLED I’LL NOW BE ABLE TO MAKE AN APPOINTMENT FOR MY VACCINE! THANK YOU. THANK YOU. THANK YOU.

Naturally, Amy chuckled a moment but she was just so happy to help me. I still couldn’t believe I got through on the phone lines! So… basically, once this Amy answered, in no time at all, I got my appointment and was smiling from ear to ear. THANK GOD FOR SMALL FAVORS is all I can say. I have GOT to send her a full array of cupcakes or SOMEthing! She so deserves it. Amy was so patient with all my questions, told me exactly what I needed to know, and was just so sweet during the entire call. Plus…

After we locked in MY Friday appointment… I then asked her uh… could I also make one for my sister and brother-in-law, too? WHY OF COURSE YOU CAN! Was she serious? It was that easy?? Man. Was I ever in heaven, dancing all over the place. I told Amy she SO deserved a raise! AND… get this…

Turns out… just as we were about to hang up… a thought occurred to me. Like a light bulb went off in my head. I had apparently asked from where she was working, and when she mentioned the Community Outreach Dept. of our local hospital, I said WAIT. OMG. IS THIS AMY SO AND SO?? To which she said YES! I THOUGHT I RECOGNIZED YOUR NAME!

Boom. This was the exact same Amy who was my very first bank officer when I moved here almost 20 years ago and who is simply the BEST. Adorable and bright and oh, so sweet. After having climbed up the ladder of the banking system for many years, Amy then moved on to our hospital, apparently heading up the community liaison department. What better places to know people? Your bank and your hospital, right?? Money and health are WAY up on my ladder of importance. Anyway…

By the time Bonnie arrived, I felt like I was floating on air, telling her how I gotten an appointment for my vaccine! The bill paying job we had before us suddenly became secondary to all my glee. All I needed to know was: I WASN’T GOING TO DIE, AFTERALL. Instead, I was going to be vaccinated and then pray if I ever DID contract Covid 19, at least I’ll suffer like hell in the hospital, but will probably be able to walk out weeks later to spend the rest of my life recuperating. At least I hope so, anyway.

Interestingly enough… I immediately texted my son, who is the lead Physician Assistant at an urgent care facility. He was so happy for me! And… he then called me that night SO RELIEVED I was getting the vaccine. HE of course, had gotten his a month ago given he is considered an essential front line worker.

But apparently when he learned I was going to finally be able to get MY vaccination, he was as thrilled as I was. In fact, because of his unusual concern and relief, I had to ask him:  ARE YOU HIGH? OR HAVE YOU BEEN DRINKING?? WHAT'S WITH ALL THE UNEASE? Seriously. I couldn’t help it. For while I know how much he loves me, I had just never HEARD such worry regarding ME in his voice ever before.

Turns out… while he’s been dealing with Covid patients for 10 months now… he apparently became very affected by the recent spike in patient cases and the severity of said cases. And according to what he was seeing… he did NOT want me to suffer like so many people walking through his door. Awww… talk about a devoted, loving son! He apparently would be absolutely devastated were his Mother to kick the bucket from covid. Which only means: I totally need to send him a present. In the meantime…

He laid down a bunch of rules which he made me promise to follow until I got my vaccine and as it happens, I’ve been following all of them. Well… except the time I had to leave my house to get a haircut and then a manicure and pedicure. Other than that though, I have stayed put, quarantined in my house just like my son told me to, basically sitting on my fat ass, thinking about all things I should be doing while here at home. In any case…

I totally have to make a practice run btw, to be sure I know where the hell I need to go for this shot. Just my luck. I’m driving all over the place, panicking because I have no idea where the hell I am, afraid I’ll lose my time slot if I not in the right place at the right time. I’m way into: BE PREPARED. So doing a drive by is basically mandatory, in my book.

All I can say is: I AM SO READY FOR THIS SHOT! Granted… shooting up is not normally my favorite activity, but in this case? Oh man. BRING IT ON. And as for the idiots who DON’T want to be vaccinated… don’t even talk to me. Or, read this blog anymore. I have no patience for people who are too dumb to protect themselves and others. More importantly to help protect ME.

The miracle of modern medicine is simply so wondrous that to imagine people would even think of bypassing this vaccine is just mind boggling to me. Not to mention they are total A-holes. Hear me now: GET VACCINATED. WEAR MASKS. AVOID CROWDS. SANITIZE. WASH YOUR HANDS. What? That is so hard to do??

And most importantly… Do not wait! GET YOUR VACCINATION AS SOON AS YOU POSSIBLY CAN. Our country will thank you. Besides… if it were up to me and you choose not to get your shot… then you absolutely don’t deserve medical help in any way whatsoever, should you God forbid, contract this virus. YAY HEALTH. #listentoanoldwiselady