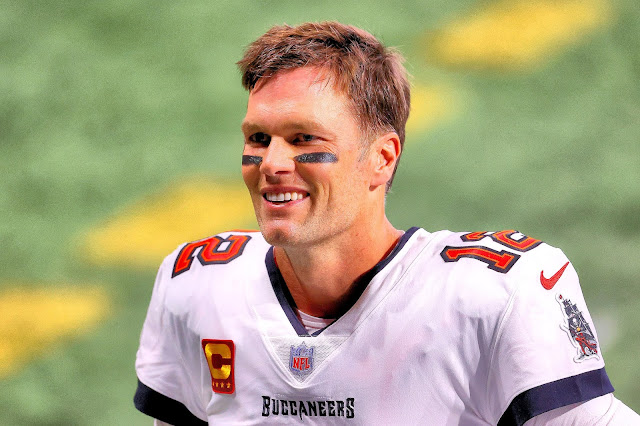 There have been a lot of boys in my life when I was raising my family thus I was in the world of sports way more often than I ever wanted. We had season tickets to all the major sports games and thankfully I was spared from ever having to take my son to pro wrestling when he was a nine or ten year old, and heavy into it. Luckily my husband was in charge of that.

And by the way… let me state right off the bat - no pun intended - that the biggest scam of them all is Little League. You ever watch 5 and 6 year olds trying to hit a ball way into center field? Totally never going to happen, let alone ever be caught... and it was nothing short of torture when I had to sit at these games because the children had no clue what the hell they were doing thus making each game go on for hours and hours. I’m not even sure the kids themselves enjoyed it. IT WAS HOT out there!

Soccer was certainly more tolerable but again, I hated having to go to my kids’ games for that too. Besides, the games were at 9:00 or 10:00 in the morning and I was SO not up for doing games at that hour of the day on a Saturday. My husband was the coach for my children for years and years and my job was bringing the snacks. Me? I’d have been happy to bring cupcakes or doughnuts but nooooo… it had to be HEALTHY snacks like fruit or something or the other parents would have had my head on a serving platter. Trust me. The kids would have much preferred Pop Tarts.

I also hated going to the big arena every year for our season tickets to basketball games. First of all… there are like 1000 games played per season and at each of them, I felt like I was watching a ping  pong match given my head was turning first left and then right and then left again and of course, right again. Up the court, down the court. Up the court and down the court. Jesus. It was nuts. But of course the concession stands on the other hand, my favorite part of being a fan, were totally delicious.

I could go on and on about all the sports games I found myself attending and then throw in the many that I needed to host in my own home and whammo. I had to be Mrs. Sportswoman of the Year all of a sudden. This was when Mohammed Ali was big so fight night was a major big deal. Then came Mike Tyson, when boom. The fight was over even before it began because he was knocking out opponents left and right, within seconds. By the time I even brought out the fancy schmancy foodstuffs from the kitchen, I not only missed the first round but basically, I’d miss the entire fight.

Two items of note, btw…. 1.) Howard Cosell was by far my all time favorite announcer! I loved watching this man like no tomorrow. Talk about articulate! Talk about knowing his business! Talk about drawing you right into the game with his blow by blow descriptions of the action! OMG. I could watch and/or listen to the man for EVER. I even enjoyed his ever popular toupee. If you were too young to have seen Howard and Ali together, then you missed something special, alright! Oh yeah. Bob Costas is my second favorite, in case you're interested. 2.) My son even earned a championship ring when Jimmy Johnson coached the Miami Hurricanes, by virtue of his being the ball boy for the team. Bingo. The was part of the team! The ring was HUGE, too. Almost bigger than my kid’s hand. Anyway…

Football was big in my house. I even remember my son playing in high school and as a 9th grader, he was put right smack onto the varsity team, lined up against the BIGGEST 12TH GRADE FOOTBALL PLAYERS I EVER SAW IN MY ENTIRE LIFE!! I immediately had to direct my kid to drop to the ground within SECONDS once the ball was hiked, so as to spare his life from these bulldozers. Of course, he never obeyed. He played defensive end for four years and each and every year, there was ALWAYS a trip to the emergency room for one reason or another. With a stop at poisonous Taco Bell because I felt so badly for him. In any case…

Football is my favorite sport to watch. Night games were my favorite for attending in person. And watching a great quarterback throw a perfect pass, only to be perfectly caught by a receiver thrills me to no end. In my late 20s Don Shula and the Miami Dolphins captured not only the entire city for years and years, but captured my heart as well. It was just so damn exciting and of course I knew all the team members by heart. Uh… just don’t ask me to name them all NOW, of course. My 72 year old brain is way past that. Which brings me to tonight…

Just like I did last week, I watched Tom Brady play again tonight, bringing wins to his team both weeks. Now HERE is a quarterback, if ever there was! Talk about a magnificent athlete! He brings a whole new meaning to poetry in motion. And F all you fanatical fans out there who expect me to know all the team members’ names or their statistics or even their positions. I am old thus I just watch the game. I even have a friend who totally delights in betting each week on all the games which basically means: you never quite know exactly what mood he may be in on Monday morning.

Regardless… I just can’t get over Brady! You know how you just HAVE to marvel at Michael Jordan playing?? Well… the exact same thing goes for Tom Brady. His passing arm is amazing. His athletic ability is a sheer joy to watch as he is looking for a receiver. And when he completes the pass?? Lordy. Talk about job well done! Yeah. Yeah. Yeah. I don’t know all the technicalities of the game but I get the gist of it and it’s rules absolutely perfectly fine. I would be the perfect date to bring to a game. I do have to admit, btw, I think the camera men are out of this world. They all deserve major pay raises given they show us absolutely astounding shots of each play which makes it all the better for idiots like me. In the meantime…

Tom Brady’s statistics are to be envied by any quarterback you can name. No wonder. He has thrown the most passing touchdowns of all time. Boy, would I ever love to see his passing arm. Can you even imagine the strength this guy must have?? I don’t know what to tell you. I just find this guy utterly amazing. Sorry Dan Marino. Or Peyton Manning. Or Fran Tarkenton. Or Joe Namath who, by the way, is SO not attractive in spite of his posing in Playgirl. Tommy Boy outdoes you in every way, if you ask me.

Of course no one would EVER ask me to opine on football quarterbacks. I know nothing about them, but I do know a winning athlete when I see one. And believe me… I’d love nothing better than to see each and every one of them in the locker room in a heartbeat. No matter WHAT sport they’re in. Because I do have admit.. .Tom Brady is damn good looking, alright! His smile alone moves him right up to the top of the list. Don’t believe me? Check THIS out: 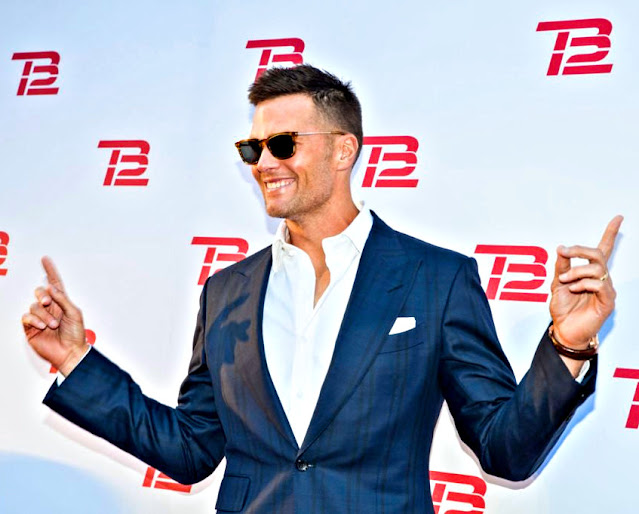 The chiseled face doesn’t hurt either. Man. Has he ever got it all. Not bad for being 43!! How he is even playing at this age is incredible. Talk about 40 being the new 25! Which naturally has to make me wonder: WILL HE MAKE TO THE SUPERBOWL THIS YEAR?? Oh God. I so hope so!