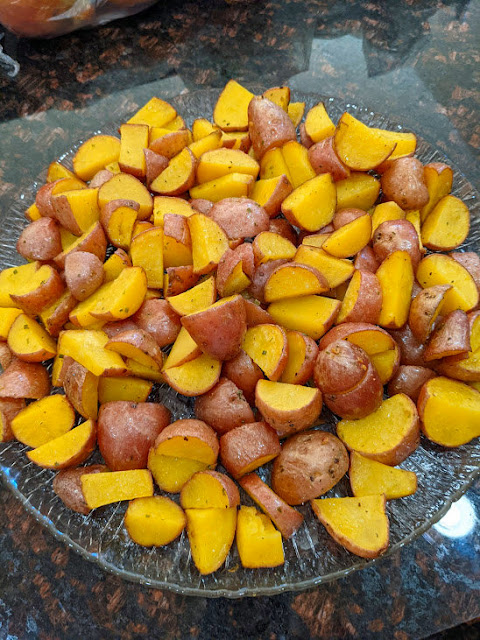 Not that I WANT to… but I think I could probably survive were I to live in Russia. Besides, my body type probably resembles that of the hearty looking Russian peasant women so I would definitely fit in. More importantly however, I could probably be okay living there for one reason and one reason ONLY. Naturally, that reason… what a surprise… is because of their food!

Bear in mind… most Russian international foods I have never seen, let alone eaten. I don’t even know how to pronounce most of the dishes of Russia which totally means I have never ever cooked them. Nor have I ever eaten in a restaurant that features Russian food. There even ARE such places here? I have no clue. Uh… except the Russian Tea Room in NYC.

Now THERE’S a fantastic place to eat! The menu selections make my mouth water just reading the choices of entrees or appetizers or whatever. I’m not too sure about their desserts, though. On the other hand, if they have baked pastries with lots of dark chocolate in it, then I’m totally good to go. In the meantime…

I happen to love borscht. It’s a famous traditional food of Russia and is basically a soup made from red beets which could be served either hot or cold. I remember my Mother making it while I was growing up. I don’t think my brother or sister were too crazy about borscht, but my Dad and I loved it. It was always served cold, with delicious sour cream spooned into it and man, was it ever a delight for your taste buds. Besides… the pinkish color was a big draw for me. You go to Russia? Boom. You’ll eat PLENTY of borscht. Just forego the added sprig of dill if you ask me.

Another thing you’ll eat plenty of… at least I know I would… is beef stroganoff. It’s a big deal in Russia and while many counties around the world have their own ways to prepare it, the Russian recipe is my favorite. In fact, the dish was apparently named after Count Stroganov who was totally from the upper class and supposedly, his French Chef created this for the Count, with strips of  sliced meat because the poor guy was getting old, thus his teeth were no longer up to snuff. I love eating this Russian dish and man. It's pretty easy to make. So up my alley.

To make beef stroganoff, you simply mix a good cut of meat, all sliced up and then browned, into a couple of cans of mushroom soup, sautéed onions and mushrooms and of course you add sour cream into the mix. Oh yeah… you throw in a bit of white wine and I’m so telling you, you’ll be in Russian heaven. THEN… you serve all this over wide noodles and wow. SO DAMN GOOD! Talk about a hearty meal. The flavors are incredible. I love this dish and in particular, I love the noodles! Thus… so far, my tummy is pretty happy in Russia.

Of course the politics of the country would be a major draw back for me so I would totally need their food to counter balance my misery of living in the city, in a one bedroom apartment with all kinds of hidden bugs listening to my every conversation with a family of seven. Besides... living under a dictatorship is not my first choice for a fantastic life style. Or...

I could maybe be living out in the country side, probably not even having indoor bathroom facilities, which could also make think twice about taking up residence in Russia. Not to mention I’d probably have to herd a team of oxen up the lanes and byways all day long. In BELOW FREEZING  TEMPERATURES no less. For six months of the year I might add. Yes, summers are probably about 45 degrees which tells me, now that I think about it: maybe I’d love the weather there, after all! Well… as long as I’m wearing my full length mink coat, that is. But I digress…

It turns out I also love herring, caviar and vodka. MORE Russian staples. I’d have to cream the herring however, and I would totally need a great appetizer upon which I’d put the caviar. I'd also need a great tasting juice to mix into the vodka so I'm not flat on my ass within minutes. Which makes me wonder if peasants have easy access to these epicurean delights.

I’m thinking that when you’re living in Siberia let's say, money is pretty tight. Uh oh. I am already beginning to smell complications for my gourmet tastes. But... people DO choose to live in Siberia in spite of the rough and tough life style it offers. It's kind of amazing when you think about it. HI HONEY. I WAS THINKING WE MIGHT CONSIDER MOVING TO HARSHEST PLACE ON EARTH TO BUY A HOUSE AND RAISE THE KIDS. THE BEARS ALWAYS ROAMING THE STREETS CAN'T BE THAT MUCH OF A PROBLEM, RIGHT?? Can you even imagine? The up side, I suspect, is that at least you'll always have nice, rosy cheeks! Probably streaked by bear claws, I bet. But whatever. Anyway…

The REAL reason I think I could gastronomically survive in Russia is… ready for this??… the fact that one of all time favorite foods is POTATOES! The country is a HUGE producer of potatoes and I have yet to meet a potato that I haven’t loved. Just put one over a simple fire pit and cook it plain and bingo. I’m going to enjoy it like no tomorrow. A little butter or sour cream can't hurt, either. Russians boil potatoes. Or they fry them. Or they bake them. Or they even roast them. They do ALL SORTS of preparations for potatoes. Man. Sautee' some in a pan with onions and mushrooms and yowzers. You've got a meal fit for a king. And I would consume any of these preparations HAPPILY! Even if they were the main entrée, too. Which is why you see the picture above.

Turns out, this was my dinner the other night. And frankly… I loved this meal! Apparently I bought a bag of Russet Red potatoes recently and next thing I know… I had WAY too many. Hence my meal of potatoes only. Which I would have also done, if need be, with the Yukon Gold variety as well. These two types are by far the most delicious tasting potatoes ever AND can be used to make anything you want with them. The interiors are soft and fluffy tasting, cook quickly, and make one of the best comfort side dishes ever. Of course my meal this particular time was not a side dish. It was THE dish. And basically, I had no complaints whatsoever.

Which is why I decided I could probably survive pretty well in Russia. Even as a peasant woman although don’t get me wrong. I’d still love to be one of the elite, but if for some reason I wasn’t… I would still find a way to remain a Potato Cuisine Chubbette which only means: I'd fit right in with the other stocky looking women, owning an entire wardrobe of colorful babushkas. I’m just blessed that way, I guess.

I do have to admit however, there ARE some STUNNING looking women in Russia who often become hot, sexy models. Plus... let's not forget the many mail order brides that probably find then themselves immigrating to developed countries, to men who wind up not being at all what they had bargained for. So not a good move, unfortunately.

In any case…. my meal of potatoes was delicious. I cooked them with a bit of olive oil and spiced them with salt, garlic powder and seasoning and was pretty damn happy with the outcome. I only ate about an eighth of this meal, but it also made for an excellent snack later in the evening. Kind of like: who needs popcorn? You’ve got potato bites, instead! Which I totally assume lots and lots of Russians enjoy daily.

Oh yeah… I almost forgot. Russian blintzes are spectacular, also! Yet with all this said... I am so staying right smack where I am. I'll forget about living in Russia and instead I'll merely cook my favorite Russian dishes right here in my convenient, comfortable kitchen. After all... my grandparents weren't all that crazy about the shtetls and pogroms.

THAT is a whole other story for another day.


WELCOME TO LIVING AS LINDA