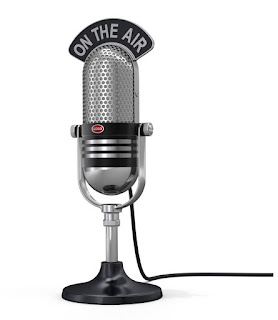 Several years ago, I came up with an idea of how I would moderate a political talk show. I may have touched upon it a bit back then, but these days, I’m taking it way more seriously. Especially given how absolutely dreadful the current moderators are, no matter what channel nor what show you watch. THEY TOTALLY SUCK. Why you ask??

Easy. Because each and every one of them NEVER press the guests to actually answer the question! The moderators give the guests a total platform to lie, spin or ignore answering altogether. Hence MY show would be called:

The basic premise is that I ask the question. I then… surprise, surprise…. would expect guests to actually… ANSWER IT! I would NOT allow them to spin their bullshit or evade the question or just make up crap. And my twist on why I’d be a perfect host on an honest show?

If and when they DON’T simply answer the question, boom. THEIR MIC IS TURNED OFF. F you. You’re here to answer whatever I ask and if you don’t, sorry. You’re screwed. (and yes… mic IS the accepted spelling)

What a concept. I ask. You give a truthful answer.

Thus, when they don’t… I would then alert the lying pundit their mic has been shut off because they are not adhering to the rules. But... given I am a benevolent hostess afterall… if they would like one last chance, then okay. They may get it. BUT…

If they choose to once again evade the specific question, then this time, not only is their mic cut off, but so is the camera. BINGO. YOU’RE DONE. I HAD YOU HERE TO ANSWER POLITICALLY BASED QUESTIONS FOR OUR VIEWERS BUT SINCE YOU DECIDED TO MERELY LIE AND FORGET ABOUT ANSWERING HONESTLY, THEN TO HELL WITH YOU. YOU’RE SO OUTTA HERE. BYE! Go do your spinning on some other show.

Whammo. I move on to my next guest, reminding them of what happened to the last one and that they are not there to simply hear themselves speak. I can’t beLIEVE how current shows fall into the non-answer answer trap over and over again. IT’S INFURIATING to me. Seriously. Every truth has been deemed FAKE NEWS and for it continue is an offense to everyone!

Granted… it could be hard to find folks willing to be on ANSWER THE QUESTION! but that’s where my producers come in. Gather the names of reliable political people who understand what it means to give accurate information to the public and BOOK THEM! For once in our lives… I want to view a show where we don’t allow spin and don’t allow promoting the agenda of the guests. It’s MY job to set the agenda. Not theirs.

Can you even imagine what a turn around this could be for our country? You turn on your TV... maybe I’ll come on right after Rachel Maddow… and bring REAL answers to our citizens! I am so damn tired of what we get from our government leadership… oops… I mean the Republicans…  and I bet the rest of my countrymen are pissed, as well. Oh man. I also bet Sean Hannity would be shaking in his boots once I get guests with integrity and courage to speak the truth.

WHAT? THERE IS A POLITICAL TALK SHOW WHERE THEY ACTUALLY TALK?? AND… EDUCATE EVERYONE WITHOUT FALSE AND MISLEADING INFORMATION? BECAUSE IF NOT, THEIR MIKE IS CUT OFF?? Wow. Sean wouldn’t even beLIEVE there could be such ethical conversation going on! Oh… I’ll be pressing for truth, alright. Maybe I’ll even win an Emmy for creating such a novel idea in political talk.

Another idea I have talked about in the past is one that I KNOW people will flip their lids about, but I don’t care. Yes… I know it’s radical and totally illegal, but I sort of think our current political life warrants it. My voting idea? Hang on to your hats, folks:

I would LOVE to mandate that any voter who has not graduated  high school with at least a C- average uh… automatically becomes ineligible to vote! DON’T YELL AT ME. I know… it’s VERY prejudicial but I don’t care.

WE SIMPLY CANNOT CONTINUE HAVING IDIOTS VOTING WHEREBY WE ARE THEN STUCK WITH VILE, DESTUCTIVE LEADERSHIP IN AMERICA.

Hmmm… do I need to even remind you of the 2016 election? When idiots came out in droves, thinking the guy who couldn’t even pass an 8th grade Civics class should lo and behold suddenly become President? THOSE voters actually thought his priority would be the welfare of our country! He would protect all citizens in everyway possible! There is no way 50% of those voters graduated with a 1.5 or above. Let alone a 4.0 Don’t even get me started on their acceptance into college. I want clear thinking, educated voters to elect my President. Not cult seeking knuckleheads.

Now... got get me wrong. I'm not saying higher education is for everyone or that it is required for being an intelligent minded person. But whoa. There were too damn many voters who simply went along with the rally mentality, believing every damn lie they were told by their incompetent Mad King D.T. Nor am I saying voting Republican is an automatic sign of stupidity although it does give me a moments pause. But to vote for his RE-ELECTION??? Geez... where’s Tim Russet when I need him most?

So there you have it. ANSWER THE QUESTION! The first talk show where political figures have honest, moral, and ethical answers to my questions. And who hopefully… will encourage voters to educate themselves fully about each candidate. If not… then who needs them? CUT THE MIC.

Really. It that too much to ask? Answer the question, please.