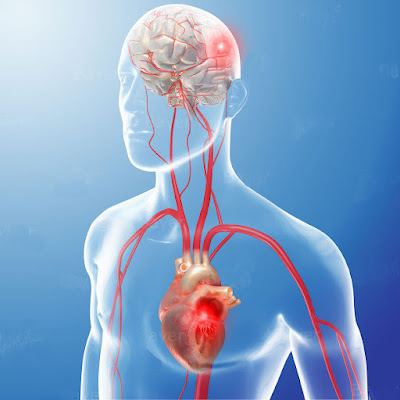 I happen to be a pretty squeamish kind of a lady. Even when I was pretty young, I could tell right off the bat, that gore and fear and death and horror, whether it be on the big screen or in real life, is SO not for me. Roller coaster rides? Shoot me now. Rosemary’s Baby? I’d rather be dead. I also don’t even watch films where aliens land and then take over people’s minds and bodies. That I even got through Jurassic Park in a theater is a sheer miracle, altogether.

Plus… I would NEVER look at anyone who has passed away. Nor would I ever allow my kid to do so. Which was a real stretch given he totally had to deal with corpses when in hospitals, studying to become a Physician’s Assistant. DID YOU TELL THEM YOUR MOTHER WOULDN’T ALLOW IT? AND THAT YOU’RE NOT TO, GOD FORBID, EVER TOUCH ONE? So much for following my instructions.

And, I’ve CERTAINLY told my son he’s not allowed to see ME when I kick the bucket. In my mind, that is something no child should ever have to have planted in their memory for the rest of their life. Better he, just like I did with my own parents, should remember his mother when I was laughing, vibrant and healthy. HERE. TAKE THIS 16x20 PICTURE OF ME AND PLACE IT SOMEWHERE VERY PROMINENTLY IN YOUR HOME. Boom. Happy memories. Of course, I’m sure a 5x7 would be much more his speed. In any case…

I also don’t look inside my own body. As in X-rays, let’s say. Why the hell would I want to see that? That’s the doctor’s job and the reason for which he’s paid. Changing my own bandages after major surgery? FUCK NO. Again, that’s something for which I pay my attending home nurse to do. Which btw, even it means you don’t eat for three months, is still worth the cost.

So with all that in mind… what REALLY freaks me out like nothing else, is the fact I am FORCED to see that HUGE graphic of the big red horned looking coronavirus OVER AND OVER AND OVER again, every damn place I look! Newspapers, online articles, television, ads, EVERYwhere. It is sooo gross, I just can’t tell you. Why are they making me LOOK at that hideous picture?? Isn’t that the job of the scientists in a laboratory staring down in to their high powered microscopes?? I want to throw up every time I see it and I IMMEDIATELY look away, practically gagging. Anything seen under a microscope and then blown up to the size a building is ugly! Omg. I get the chills just thinking about it!

Kind of like I never look at that disgusting ad for foot fungus medicine on someone’s GRUESOME big toe! Are they crazy? They think this is an appealing sight to include in an ad? TELL ME ABOUT THE PRODUCT. DON’T SHOW ME THE ACTUAL GHASTLY LOOKING DISEASE AND/OR EVEN A CARTOON LIKE GRAPIC! Jesus. I don’t even want to see pink Pepto Bismol going down someone’s throat, coating their disgusting stomach, either. THESE ADVERTISMENTS ARE SIMPLY NAUSEATING which of course is exactly what Pepto Bismol treats in the first place! I so have to attend one of the advertising meetings where people are pitching this garbage to their clients. I’d tell them right away: HEY! HAVE ANY IDEA HOW MUCH YOU ARE MAKING PEOPLE SICK TO THEIR STOMACH JUST LOOKING AT THE WAY YOU’RE PRESENTING THE PRODUCT?? Man. Get to a new agency this minute!

Just my luck, btw… for peyronies disease, they show me fruits and vegetables. But now THAT’S something however, where seeing the real thing would totally get my attention in a freakin’ minute! Well, unless it’s REALLY bizarre looking. Hell I’ll even check out an explicit ad showing me how medicine for E.D works. I know. I can see already which specialty I’d be considering were I in Medical School, but whatever.

Turns out however… apparently the disgusting medical ads are there for an actual reason. Not just to merely make me feel repulsed. But instead... because supposedly, the more realistically revolting the ad, the more fear it instills in people about the disease. Jesus. Now that’s SOME take on promoting medicine and science to the public, alright. Put the fear of God into people and bingo. They will buy into the seriousness of the disease and hence the treatment which in turn, lines the pockets of pharmaceutical companies up the kazoo. Some set up, right? Which brings me right smack back to: if advertisers are selling a product for a brain disorder let’s say… DON’T SHOW ME A SHOT OF THE ACTUAL BRAIN DETERIORATION. I’ll fucking jump off the roof if I saw THAT.

So I guess it’s safe to say I would not make a particularly good nurse. Or doctor. I can’t even look at the ads, let alone the patient. Coming full circle then, to the nasty looking horned coronavirus picture. I get it. It’s a deadly disease. It’s killing our entire population. BUT PLEASE DON’T MAKE ME LOOK AT IT! I’ll wear a mask. I’ll socially distance myself. I simply don’t need a microscopic shot of it blown up 10 billion times the actual size to appreciate the severity of it!

And oh yeah… if you think I’d be a horrible nurse, you have any idea what sort of lab partner I was in 10th grade Biology when we had to DISSECT A FROG???? Think: again, horrible but 15 times over. Naturally I would have no part of it. My job then became the transcriber.

Way more up my alley!