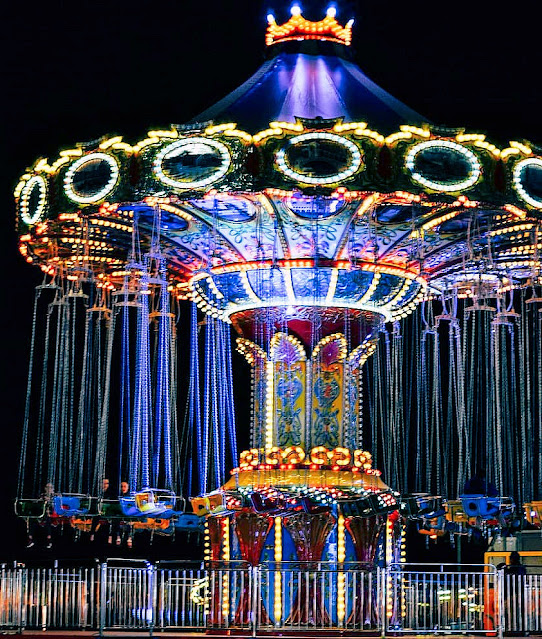 Whoa. Did I ever have a crazy night last Sunday. It was so bizarre I can’t even believe it. Actually, I was scared!

So it was basically day 2 of the entire world beginning to once again hoard toilet paper and paper towel. Which as you know, not having PLENTY OF EACH ITEM is the biggest fear of my life. Well… next to plane turbulence, not finding a bathroom in time, rape and robbery, and driving on an interstate. And, if it happens to be raining on the interstate… then just shoot me altogether. However…

There I was on Sunday evening, doing chores around the house and then I said to myself: what the hell. It’s still only 7:30 so why not make a quick run to the grocery store and begin my own sort of paper product hoarding. Again.

I looked like hell, but I was totally counting on everyone being at home watching 60 Minutes, thus I decided I’d be safe from people looking at me as if I was one of those creepy folks you see in Walmart photos. God forbid. Turns out however, it didn’t even matter. Want to guess why?

I’ll TELL you why. As it happened, I put the dog in his bed, I grabbed my purse, set the alarm system, walked out the door, hopped into the car, pressed the start button and THEN….

THE CARNIVAL BEGAN! ALL OF A SUDDEN EVERY LIGHT INSIDE AND OUTSIDE THE CAR BEGAN BLINKING QUICKLY, NOISES FROM THE DASHBOARD WERE BEEPING ALL OVER THE PLACE, EVERY ICON WAS BLAZING INFO AND NOTHING BUT NOTHING WOULD STOP ANY OF THE CRAZINESS GOING ON! Holy shit.

Seriously. I thought I was in some sort of a glittering ride at a carnival and there was no way whatsoever to get off. So to speak. Oh man. Never in my 56 years of driving have I ever experienced such auto confusion and mal-functioning. I was DIZZY from just sitting in the driver’s seat. And… it went on and on and on. Frankly, I was beginning to think the car was going to EXLODE right there in the garage. Oh my God. It was beyond belief.

Okay. So at this point I am trying to think straight without fainting altogether. I immediately grabbed my cell phone and began videotaping what was happening and sent it to my son. HELP. WHAT THE HELL IS GOING ON HERE WITH THE CAR?? No response. He was still at work, damnit. Soooo… next thing I do is send the video to a friend of mine with the same message. I was totally frantic, trust me.

My friend right away said WANT ME TO COME OVER?? To which I said… YES. YES. YES. RIGHT THIS VERY MINUTE. PLEASE. MY WORLD IS GOING KAFLUEY AS WE SPEAK. AND… IF I AM IN FLAMES WHEN YOU GET HERE, CALL EVERYONE I KNOW AND TELL THEM I WILL MISS THEM. FAMILY ONLY, GRAVESIDE FUNERAL. SEE YOU IN A SEC. THANKS!!!

Sure enough within 6 minutes my friend arrives and then HE sees what’s going on. Naturally, he’s calm and cool, asks for the key fob, and the owner’s manual and sits in the car. I told him to search the index for: WHEN CAR IS WORKING ON IT’S OWN, ACTING CRAZY AND IS THIS FAR FROM EXPLOSION. Unfortunately, there was no such word match in the manual listings. Anyway….

Okay. The car’s computer was taking over and the battery EVENTUALLY just begins to die a slow death which of course ends the carnival activity. LIGHTS OUT, FOLKS. NOTHING MORE TO SEE HERE. MOVE ON. PARTY’S OVER.

There goes the car. There goes my toilet paper. There goes my innocent evening outing. Well… except that my friend then said: HOP IN MY CAR. I HAVE TO GO TO THE GROCERY STORE ANYWAY, SO I’LL TAKE YOU AND BRING YOU BACK. Of course I then said to him… BTW. I’M BUYING TWO PACKS OF TOILET TISSUE FOR ME AND TWO FOR YOU, BUT YOU’RE NOT KEEPING YOURS. YOU’RE GIVING THEM TO ME SINCE YOU ONLY NEED IT 50% OF THE TIME. ME? I NEED IT 100%.

Which brings me to the next morning.

Whew. By then, I’m behaving like a sane person once again. YAY ME. I called the dealer, spoke to my favorite guy in the service dept. and told him my story to which he said not to worry, was probably due to a dead battery making a mess of the computer system. Then I called AAA and they came over, jump started me and before you could say holy ba holy I was pulling into the dealer’s service lane. I could go on an on, but the details don’t matter much. What DOES matter is the next part of this fiasco.

So now… it’s about a 1:30 and I still hadn’t eaten. I could tell my blood sugar was going to drop so I asked Zac, the service guy: uh, while you’re working on the car, is there anywhere I could go to grab a sandwich? I’m starved! Zac points to a street light right up the street,.. not TOO far and tells me there is Burger King right there. I contemplate the walk and figure okay. I can totally do it. Maybe. Would be good exercise, in any case. So off I go.

RIGHT SMACK INTO A SARAHA WIND STORM, I MIGHT ADD. OMG. THE TEMPERATURE IS LIKE 4O DEGREES AND GUSTS ARE LIKE 22 MPH AND I’M TRUDGING ALONG TO A F’ING BURGER KING.

Don’t even ask. I can’t believe I made it there, but I did. I was the only one in the place and I made a snap decision to order: a whopper with cheese (cut in half), french fries, a small chocolate shake and a diet coke. HEY, DON’T JUDGE ME. I’VE JUST HAD A NIGHT FROM HELL, THEN A DAY FILLED WITH STRESS, AND... AN EXPEDITION THROUGH THE SAHARA WINDS. I totally deserve a boatload of hard core junk food to soothe my sweet, sensitive, delicate soul. Uh… mission accomplished.

Okay. I get my order and begin with the allowed 5 spoonful bites of the thick shake and decide that’s all I really need to quench the ice cream beast in me. I move on into my fries, already feeling the day will be fine. I’ve eaten about a third of my Whopper and what do I see but a couple… about 30, with no masks… ordering a huge amount of food and… who could SO be one of those people I was talking about in Walmart snapshots at 3:00 in the morning. Plus, they both are a bit... opps, I mean a lot... unkempt for my taste, and their figures tell me they eat at this place 5 days a week. Then… when they sit down to their smorgasbord…

MY RADAR GOES OFF. I have to get the hell out of this place immediately!

Which I do. I begin packing up my burger and fries, put the lid on my Diet Coke, throw out the basically full cup of chocolate shake and high tail it out of there within seconds. I could SO catch covid from this couple. Which worked out just as well actually, given my immediate stomach ache from all this junk would probably kick right in on my way back to the dealer. Which only means:

I’D BE IN THE  MIDDLE OF A WIND STORM ALL OVER AGAIN, IN A HUGE PLOT OF OPEN LAND RIGHT OFF A BUSY STREET AND THERE WOULD BE NO BATHEROOM IN SIGHT, EVER! Talk about shoot me now. In any case….

You would think my story ends here. But not really.

Suffice it to say I made it back to the dealership (used the ladies’ room there, of course) got a new battery at no cost and put my exhausted body back into my car to head home. NOW MY MIND IS THINKING. Hmmm… I’m passing two grocery stores on the way home. WHY NOT JUST HOARD PAPER PRODUCTS ONCE AGAIN WHILE I’M OUT AND ABOUT ANYWAY?? Decision made. Two stops later…

Mission accomplished. I’ve got my car working fine again and I’ve got  4 packs of Charmin toilet paper and 4 rolls of Bounty paper towels! Oh Jesus. I AM becoming one of the blue haired old ladies who cause trouble when out in public. JUST LET ME HAVE MY PAPER GOODS, GOD DAMNIT! I PROMISE. AFTERWARDS, I’LL BEHAVE LIKE A POLITE, WELL BRED LADY LICKETY SPLIT.

So... NOW is the end of my story. Carnival, check. Car, check. Lunch, check. Paper hoarding, check. Thus... all’s well that ends well which in fact, it did.

Just a note all you juniors out there btw… living as a senior citizen is no easy feat. I’m perfect living proof… so be sweet to people like me. For your turn will come before you even know it. You’ll have no clue what current music is on the charts anymore. You’ll never be able to find anything you just had in your hand. You will swear at every techie device known to man because you’ll have no idea of all the ins and outs of how it works. You'll totally forget names of people you’ve worked with for years. You will pee 14 times a day. And... your kids will be WAY smarter than you.

Talk about a carnival in your head, alright.