I happen to know three men named Alex. Two of which, I have known since they were born. The other is one whom I’ve known for a year, now. He happens to be the son of my Mr. Sweetheart.

He is also one of the greatest kids I’ve ever known. Totally excellent company. Fantastic sense of humor. Very much a no drama kind of guy. A wonderful smile. A kind heart. Perfectly sweet and oh yeah… a definite braino. Boom. You’ve got a 30 something kind of winner in this world. And then… the best part… he is absolutely devoted to his father.

How do I know this? Because Mr. Sweetheart just today made his permanent move here, to the mountains of western North Carolina, so we can enjoy the rest of our lives in sheer bliss. A move by the way, which is huge given that for 73 years this sweet love of mine has lived basically in Brooklyn, NY; the past 17 of those years in NJ. Hence, he has an asTOUNDing amount of of his life to move down here.

Oh man. You should SEE how hard Alex and his Danielle have worked the past six months to get things organized, cleaned and boxed for his father’s move. It was simply incredible. Alex was able to do what Mr. Sweetheart could never do on his own. Including what I was able to help with whenever I was up NJ. He kept his father calm, sorted ALL kinds of items, offered emotional relief from the overwhelming task at hand… and all the while worked like a dog when his father was here with me in NC.

Granted my kid loves me deeply and would do whatever he could to help me. Yet with that said… I can’t even imAGine my kid doing for me what Alex has done for his father. Well… without complaining, anyway. Alex is totally one in a million. Plus… he is totally thrilled for his father having found a new chance at love late in life. Uh… that’s where I come in. YAY ME.

Oh yeah… get this. As if that wasn’t enough, Alex happens to head up a few Fantasy Sports Leagues which naturally Mr. Sweetheart is crazy about, given both he and Alex are way heavy into sports. So much so, that as part of this move, Alex hopped right smack onto eBay and sold an amazing amount of sports memorabilia for his Dad, raking in tens of thousands of dollars. Seriously. I couldn’t beLIEVE it! All in the past 6 months, no less. And get this... while ALso completing his Ph.D. in chemistry. Now THAT’S the kind of kid everyone should have!

I couldn’t even beGIN to tell you what Alex means to his father and who could blame him? There is simply great devotion on both sides of this father/son duo. Talk about a treasure for any parent! 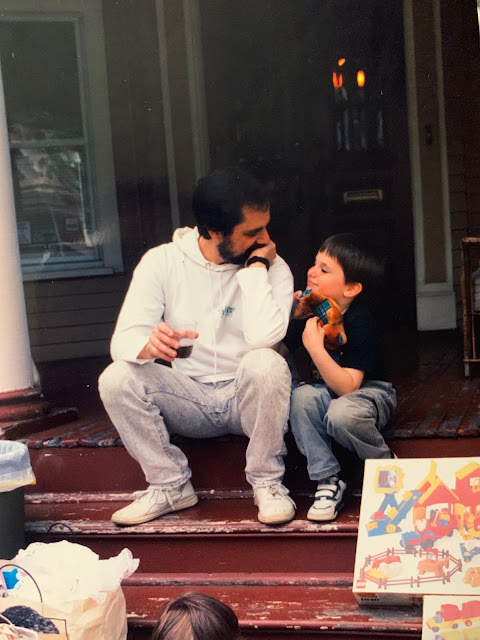 In the meantime… enough about them. Let’s talk about ME for a moment. Or three. Guess who’s coming home for a wonderful visit in a week? Bingo.

I am totally thrilled about this, let me just tell you. The last time he was home I believe, was when I had "half of the cherry cheesecake falling all over the floor episode" which as you might remember, my son and I QUICKly had to pick up and pretend nothing happened... with no filthy germs all over the cake… and thus happily continued to eat it. And THAT fiasco was just the sort of help MY kid immediately offered. Believe me. He KNOWS how precious my cheesecake can be to me! 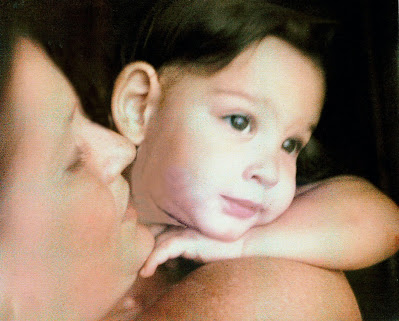 In any case… here’s to sons. Wonderful sons. Loving sons. Accomplished sons. Uh… who naturally, btw… would never have become who they are without the exTRAORDinary parents each of them have. What?? These kind of men just blossom into amazing human beings all on their own?? Trust me… plenty of love and attention go into all this and luckily, both Mr. Love and I did just that for our kids.