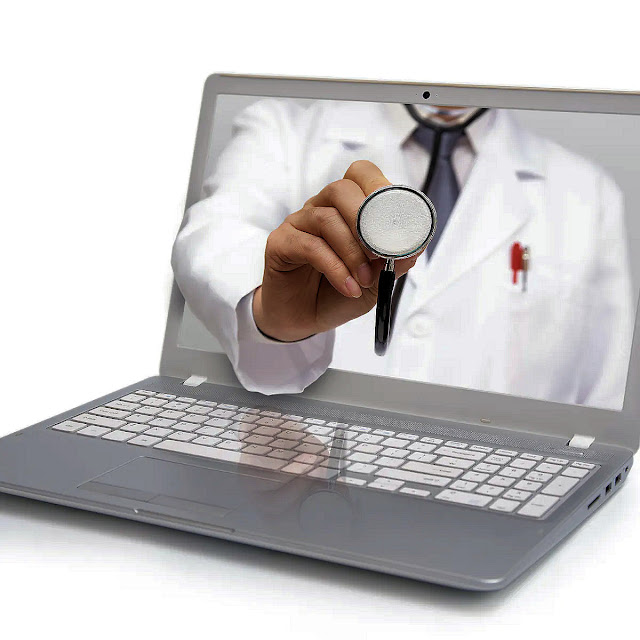 Whoa. Talk about a new way of doing things. It’s one thing to have to wear masks, do social distancing, buy a limit of two rolls of toilet paper or paper towels but now… I also have to visit my doctors via virtual appointments. Which totally cuts into my no makeup, no real clothing routine that I’ve pretty much practiced for over two months, now. Believe me… my regular laundering of everyday clothing has so turned into double the normal size loads of washing my nightgowns.

In fact… just today I had to run over to Walmart given they were the only store that had my favorite toilet paper. Of course they let me get only one super sized package of it, but still… it was worth it. Particularly because while I was heading back up to the cashier at the front of the store, I passed the Ladies’ Sleepwear department and bingo. I figured I’d pick up some summertime light weight nightgowns since apparently that’s my new wardrobe of late. Boom. I got 3. Oh yeah… and then when heading up to the front of the store once more, I also passed the shoe department thus boom again. Next thing you know, I had 3 pairs of flat in my basket. Which basically means: my supposed spending of a mere $12.00 let’s say, magically turned into a total of about $65.00. Talk about easy come, easy go. Anyway...

Before Walmart however, I was at my cardiologist’s office for my annual routine cardiac stress test. The one rule they told me was: don’t drink anything with caffeine 12 hours before the appointment. Including, caffeine free Diet Coke. Which naturally, I figured right off the bat, I’m not obeying. 12 hours with a Diet Coke? So not going to happen. Granted… I only took little baby sips before bedtime and then again in the morning, but still. I decided I was just going to have to break that directive altogether.

I kinda like going to the office during this lock down btw, because there are hardly any patients and you are seen lickety split. The office is also pretty pristine and as soon as you walk in, someone is there to give you hand sanitizer, fill out your intake information forms, take your temperature, etc., etc. within about 60 seconds.

Admittedly, I was pretty unnerved about having to do this treadmill stress test since as most people know… I do less exercise than any 5 people I know. I HATE that part where they speed up the treadmill AND start mimicking the uphill slanting bit. Shit. That alone is enough to give me a heart attack right smack there in the office while taking this test. Not to mention, cause a lot of stress. Cardio AND pychological. So… to help me combat my nerves and also to help me get through it, I decided to psyche myself out.

So last night, while in bed, I decided that I would get on the treadmill, pretend it was WWII and then imagined the Nazi’s were chasing me, and were going to kill me unless I could run my ass off to escape my death. Hence... if I were running for my life, then surely I could do a treadmill. Some scenario, right?? Talk about watching too much World on Fire. But in the meantime… IT WORKED! I did the mandatory 6 or 7 minutes of this workout without a hitch and yippee. I passed the test with flying colors.

It’s ironic actually, that I chose this precise script because I have ALWAYS said that if ever I had to run from a concentration camp while the Nazi’s were after me, I would TOTALLY just fall to the ground and pretend I’m dead, or just let them kill me altogether. I am SO not the person who can outrun danger like that. I’d much rather just say OKAY. YOU  WIN and cash things in right then and there… and sort of just wait until reincarnation kicks in and bingo. I’ll begin life all over again at a later date. So basically… if you’re thinking you can count on me to help save your live, I suggest you look elsewhere.

Okay. So that was today’s doctor. Last week I had what I was beginning to think was a sinus infection and my sinuses HURT. Thus I called my primary doctor and next thing I know, the office set up a virtual appointment for me. Don’t ask. I knew right off the bat I was going to have look presentable because we were going to do the visit via Skype which gives a whole new meaning to: BEING SEEN by your medical professional. Turns out however, after I got all dolled up to look half way decent, the doctor couldn’t get her Skype software to work so we wound up doing it by phone, after all. We talked about the pain in my nose and decided I was going to begin a regimen of an antibiotic. Yippee. I was going to feel better in no time.

Uh… except I didn’t. That was about a week ago and the pain has not gone away and by now, the bridge of my nose is slightly swollen, slightly red and still in major pain. What the hell is going on, anyway? This is just so crazy. Soooo…. yesterday I caved and called my Ear Nose and Throat doctor given I figured it was time to call in the big guns. Boom. I did a virtual meeting with him via Skype this morning. Which naturally meant: once again, I had to be all dolled up for this guy so I didn’t look like an crazed old geriatric lady who threw personal grooming out the window for the past 60 days.

Which reminds me: 1. Despite the coronavirus, I have totally had my housekeeper come every single week since I hate housework and have no idea how to even do it. Cleaning toilets?? Mopping floors? So not happening. 2. I also had my hair dresser come here a couple of weeks ago to cut my hair and I was thrilled to no end. Yes… I know I was breaking the rules, but too bad. I don’t do well without a spic and span home nor do I do well without a much needed haircut. Besides, I sanitize everything carefully and wore my mask and kept my distance except when the actual haircut was being done. Now… speaking of of masks…

You will never believe this deal. It’s so bizarre, it’s crazy. So… I did the virtual office with with the ENT doctor, which by the way, is a pretty nifty way of getting medical attention if I say so myself. Anyway, we both logged onto Skype and bingo. Up comes our screens. I showed him exactly what was going on with the bridge of my nose and guess what? He suspected he wasn’t a nose problem at all.

Instead, he said he thought it was DERMATOLOGICAL PROBLEM,!! Huh?? WTF does THAT mean?? Well… what he meant was: I WAS PROBABLY ALLERGIC TO MY MASKS!!!

Are you kidding???? Talk about the cure being worse than the problem, right?? OMG. I could NOT believe it.  He explained that masks often have lots of chemicals in the fabric and although I totally launder them, this might be what may have happened. Lordy. Lordy. I couldn’t believe what I was hearing.

So lickety split, he sent his report to my dermatologist with whom I have an appointment next Monday. At  9:00, I might add!! In the interim, I am to apply a topical cream and take a different antibiotic. Honestly, I cannot beLIEVE I may be allergic to my masks which on the other hand, makes me glad I’ve ordered a slew of all different  kinds so that at least I now have a choice of which mask material I want to use to fuck up my nose. Frankly, according to Linda’s School of medicine, I think it may be a case of an allergy AND a nose infection, but I’ll see on Monday I guess.

Bottom line: I just can't believe I'm allergic to masks. Who knew it could be the solution to the problem that could actually do me in! I still say it's not the facial cover ups causing all this, but after laundering once again, I guess I'll know one way or another. Oh yeah... before logging off, the doctor asked if he could take a picture of me for his records in my file. Man. Had I known THAT... I'd have worn a black lacy nightie. Low cut, of course.